From a summary of Motu's voyages in Mexico under the command of Bill Barnes - Motu's former owner ....

Motu was built by Nor'Star Marine, Santa Barbara, California and finished out by the original owner. I lived on her for about 3 years in Morro Bay, California while I refitted the boat for cruising. With one crew member, I left San Diego December 2, 1995 and reached Cabo San Lucas, Mexico 22 days later. From there I single-handed across the Sea and arrived in Banderas Bay, Puerto Valiarta, Mexico January 26, 1996. I fell in love with the bay - it's the 2nd largest bay in all the Americas - for it's beauty, great uncrowded surfing, and excellent sailing conditions. I remained there until May 28 of that year then put Motu in a marina near Puerto Valiarta and returned to California, USA, to take care of my business.

I returned to Puerto Valiarta November, 1996 and after getting some work done on the boat, left the marina to anchor out in the Banderas Bay A lady friend, who I had met in Cabo San Lucas, came down to join me for 2 months to cruise further south along the Mexican Gold Coast. We sailed south about 130 miles to Barra de Navidad before turning around and heading back to Banderas Bay. In April 1997, I again left Motu in the marina at Puerta Valiarta and flew home.

I returned November 23, 1997 and after 3 weeks working on the boat, I left the marina to anchor out in Banderas Bay. I had an incredible winter of surfing in the Bay while El Nino pumped swells deep into the bay making for some very rolly anchorages but great surf for the few of us surfers there on boats. It was my plan to remain in the Bay all winter just to surf because I knew it was going to be an epic winter for good waves. But I felt I needed to make a change of scene & wanted to leave the boat this year in San Carlos (up in the Sea near Guaymas) in the dry storage yard there so I could drive down next season & get her painted.

So I left March 28 with another friend. We had a great trip up to Mazatlan and a perfect 59 hour crossing of the Sea in good conditions and with a full moon. We made landfall at Los Muertos just south of La Paz about ten o'clock at night. We got up to La Paz where we reprovisioned for the trip up to San Carlos. That area north of La Paz to Loreto is the best cruising grounds in the Sea and we had a great time exploring as many anchorages as possible though moving at a much quicker pace than I'd prefer. But I needed to be getting home so except for a 2 week stay in Puerto Escondido, while I made a 36 hour round trip bus ride to Tijuana to attend my nephew's wedding in San Diego, we were almost always on the move except for anchoring each night. I arrived in San Carlos in the early morning hours of May 23rd and a few days later had the boat hauled and tucked away again for a few months and flew home. - 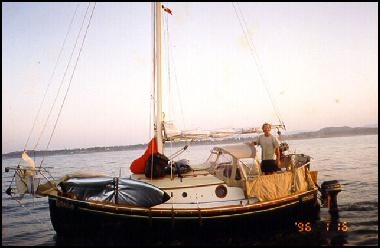 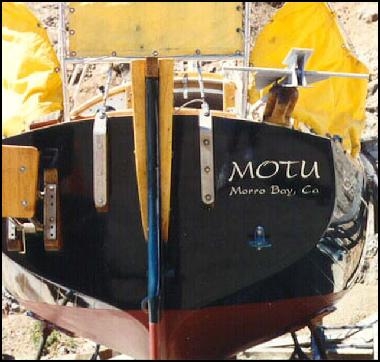 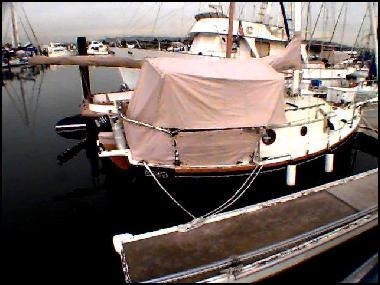