There is water damage to the interior wood around the forward portside portlight.  One deck fitting was resealed and the wood is not damp after heavy rains.  This will need attention to make it nice again.

Darglow Feathertream Propeller: This expensive three-blade propeller aligns itself with the flow of the water when the engine is not pulling either forward or reverse. No more propeller drag. No "clunk" when ehgaging the engine. Superb performance in both forward and reverse. This is the only feathering or folding prop in the world that will fit the Flicka aperture without any modification. To my knowledge Jubilee is the only Flicka in the USA to have one. It is 12 X 10. A standard 3-blade, that I bought and used a few times in 2008 also comes with the boat as well as its original 2-blade that I deemed inadequate for the tides in SC. Original cost of the Featherstream was about $1,500.

Article by Frank Durant on Jubilee 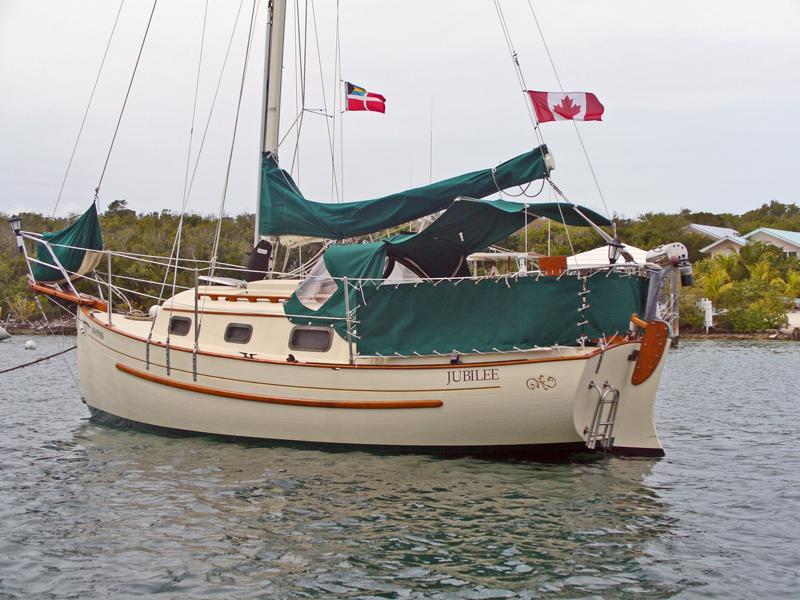 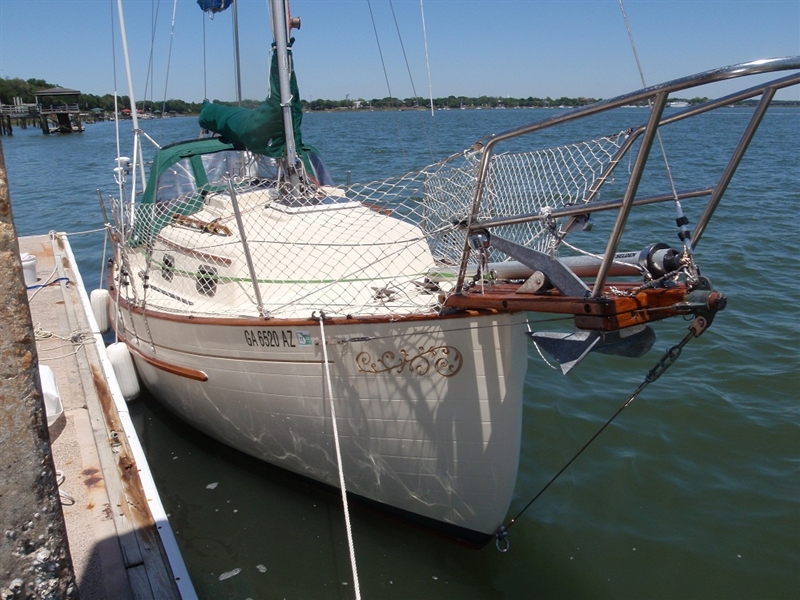 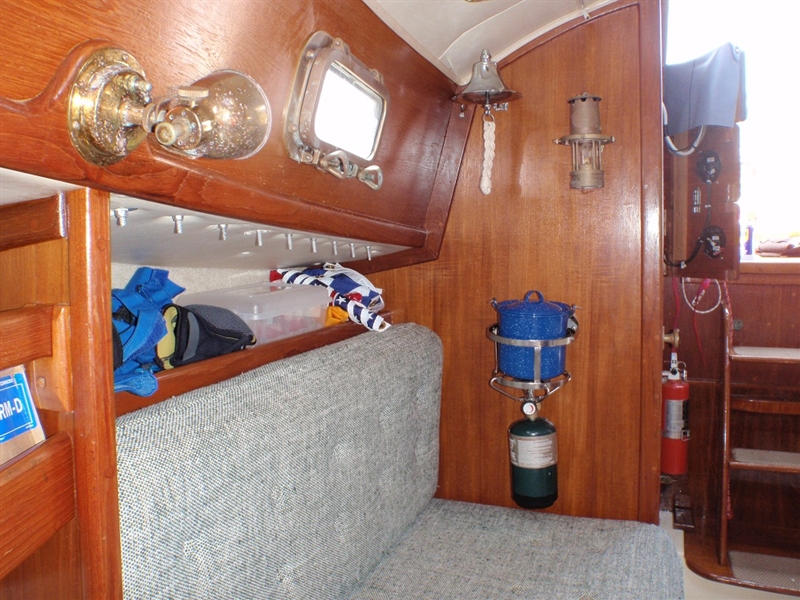 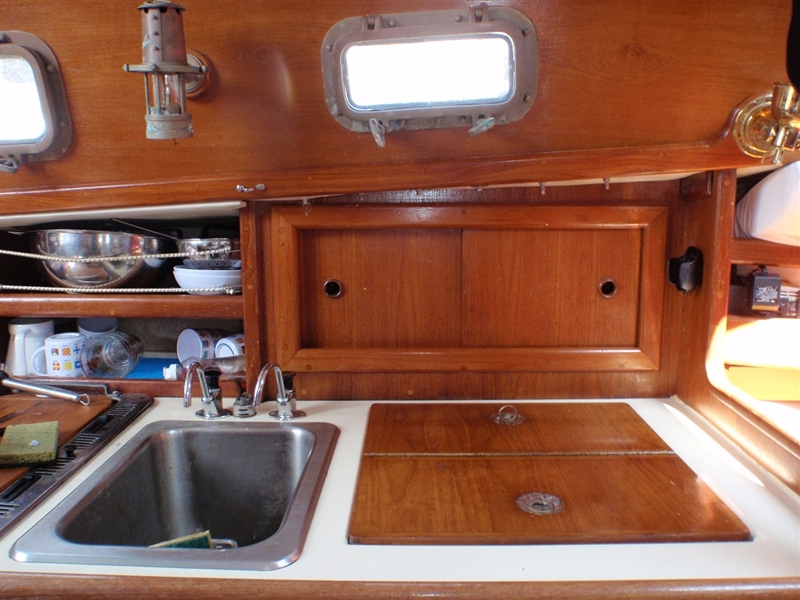 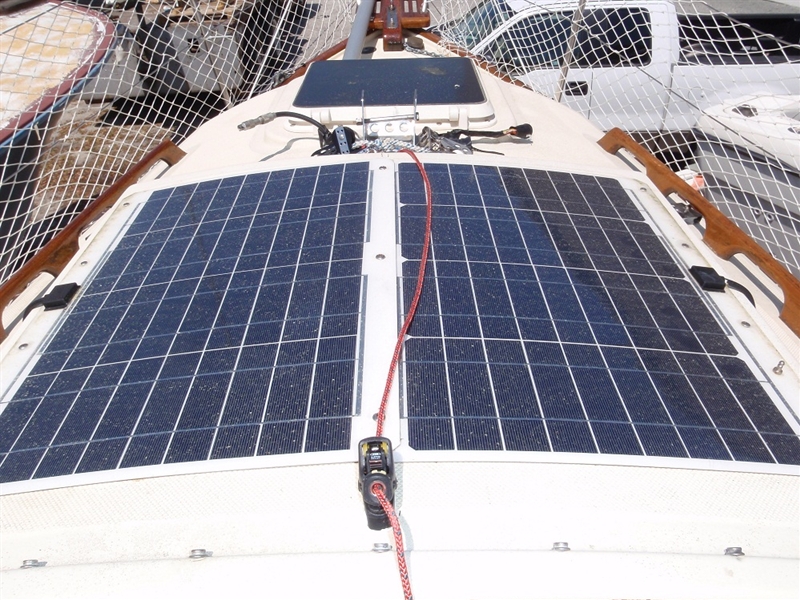 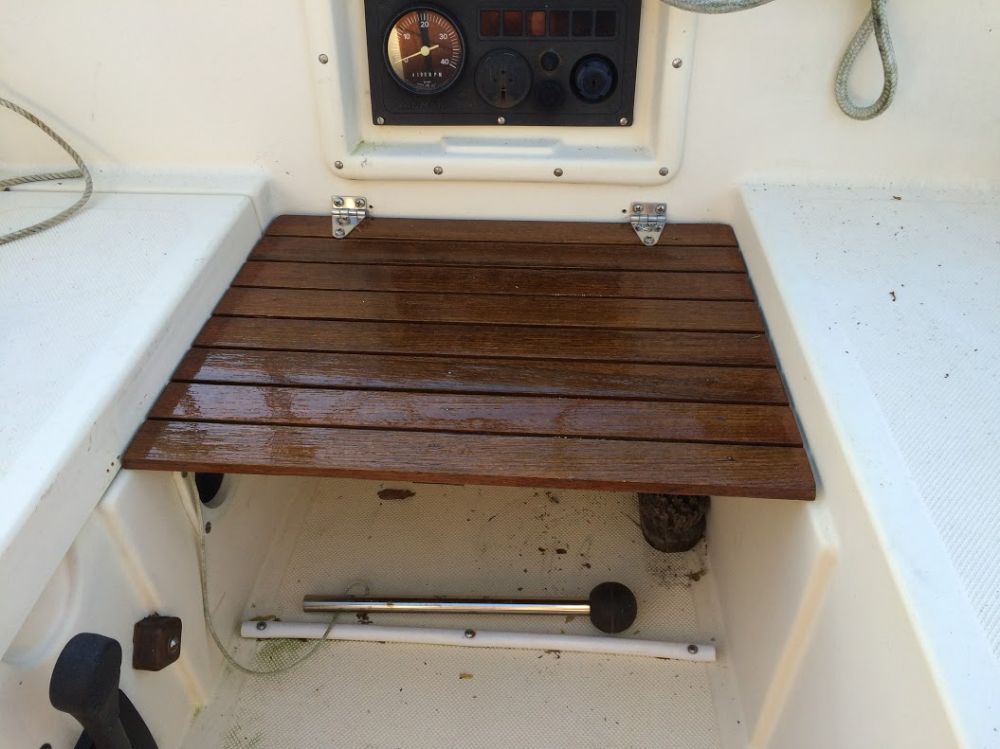 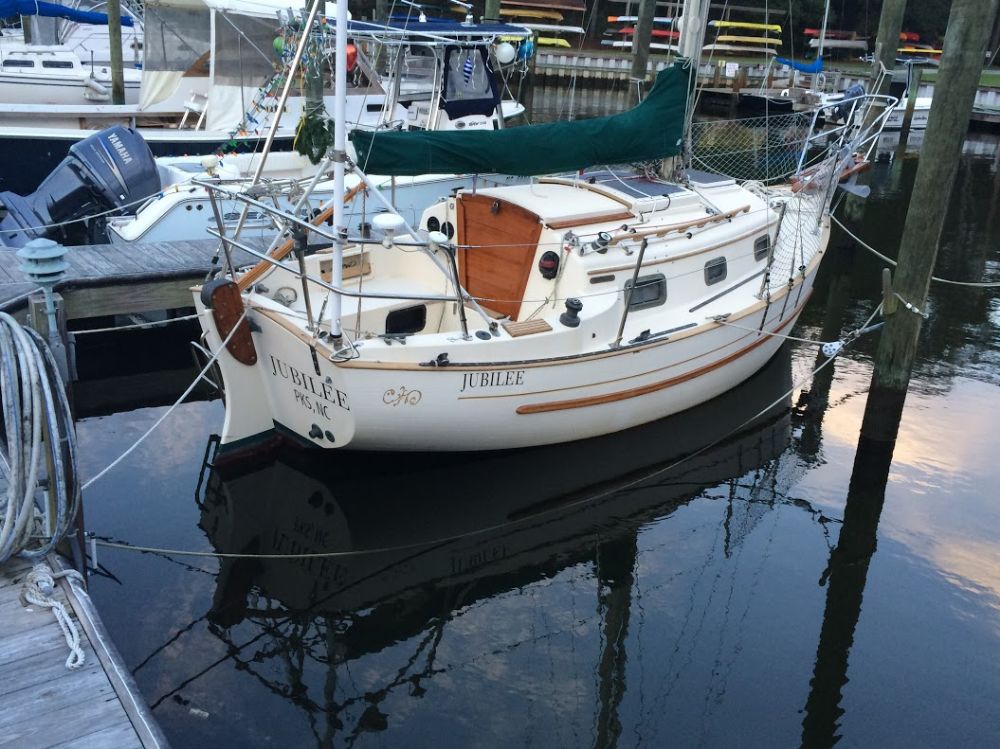 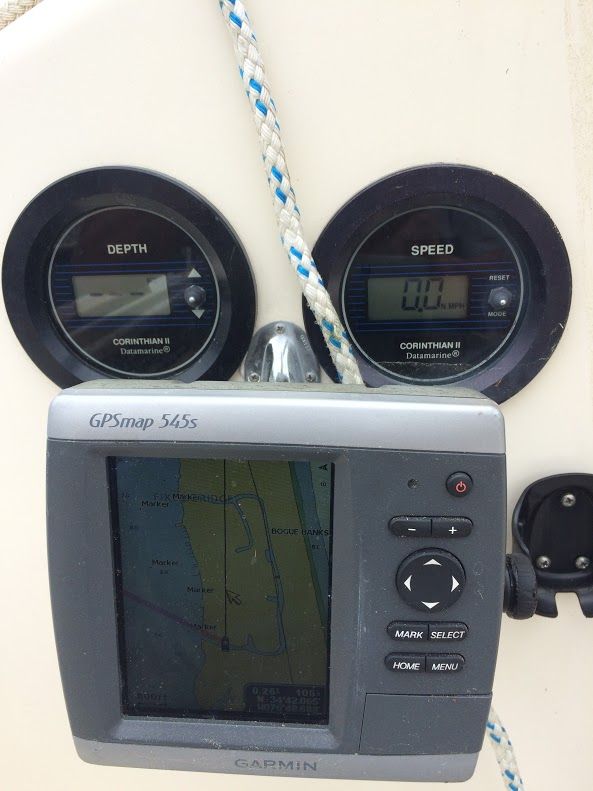 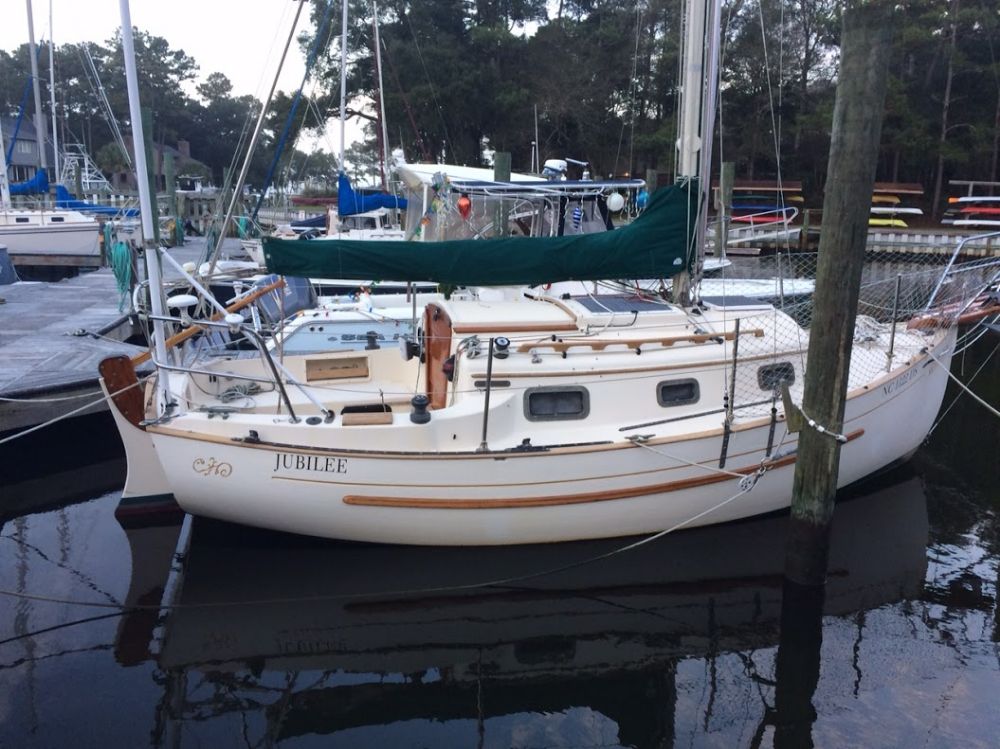 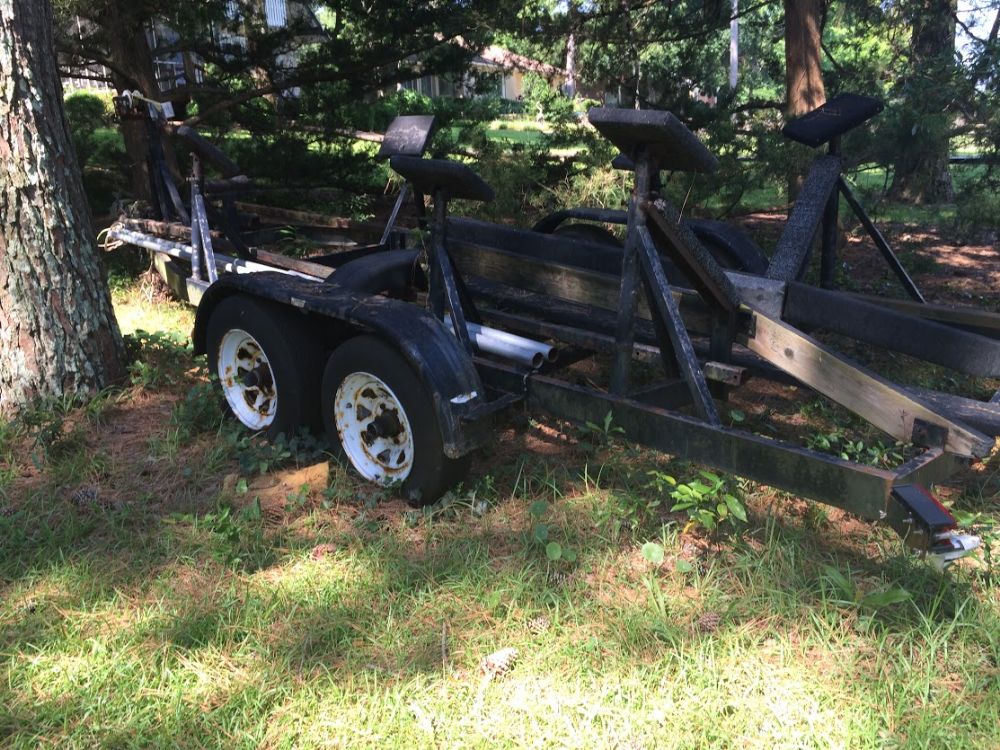 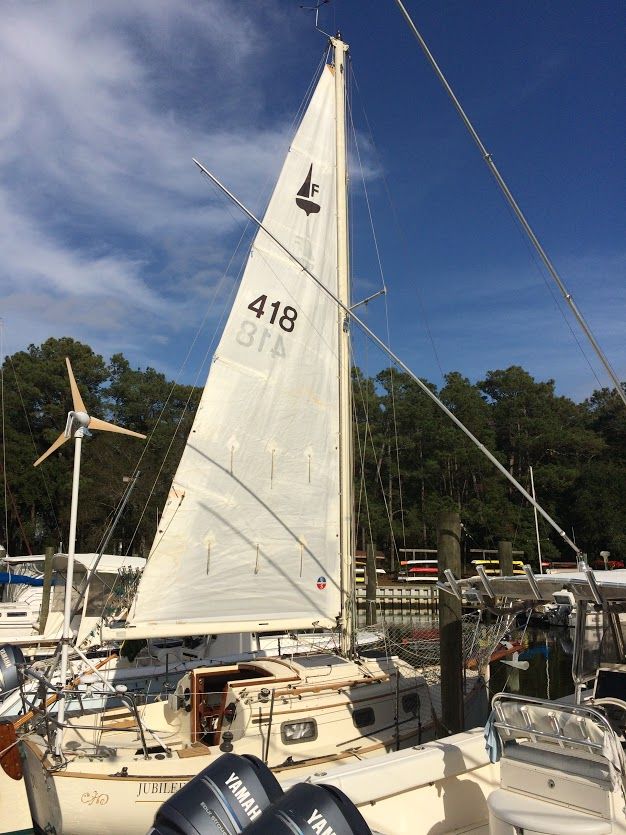