PSC # 136 appears to have been unnamed by any of her previous owners. I purchased her in Spring 2007 and included a custom steel Little Dude-brand boat trailer.

I had the trailer professionally rebuilt in Summer 2007 by a Commercial/Ag trailer company.

Pacific Seacraft records indicate # 136 was purchased as a complete Hull, Deck and Rudder kit. She was completed professionally in 1981 by a boat yard in Michigan under the direct supervision of the original owner. Owner-lore suggests that the original owner was very knowledgeable and, in addition to cruising plans which required a specific interior layout, he was fearful of the then poor quality completion work by Pacific Seacraft during that period.

Having said this, the interior layout and joinery work seems to be identical to factory-completed boats, and I have blueprints with handwritten notes to suggest that interior work was done directly from these. In general, all specifications, rigging and hardware seem to be identical to factory boats, with an emphasis on over-sizing hardware or upgrading in quality. All systems are robust and “dirt simple”, obviously following a KISS (Keep It Simple Stupid) philosophy.

All system architecture was designed for reliability and simplicity. In fact, there are no below-waterline thru-hulls of any kind. (only the sink drain line port-midships, above the waterline).

The battery has a deep-cycle 120V charger and can be “topped off” by the wired Yamaha 9.9hp outboard engine rectifier. At present there is no electric interior lighting  (soon to change to keep the Admiral happy). The Reefer is a simple Ice Block arrangement and stove is a Kenyon Model 206 two burner pressurized alcohol unit, that I had overhauled at the factory.

After 25 years she needs a refit and I have many upgrades planned over the next 12-24 months, but she is sound and I’m really pleased that I have a “clean sheet” to work from, to do it “my way”.

So far, OCEAN GYPSY spends her summers on a protected mooring on the Sassafras River on the Upper Chesapeake Bay in Maryland, and winters on her trailer stored at a local airport near my home in central Pennsylvania, where I can work on her. 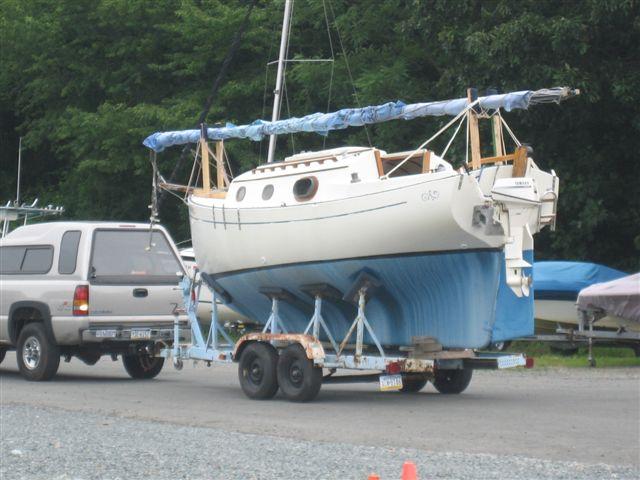 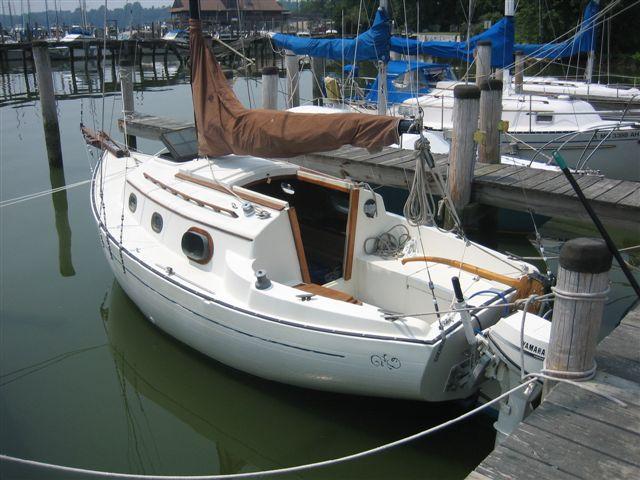 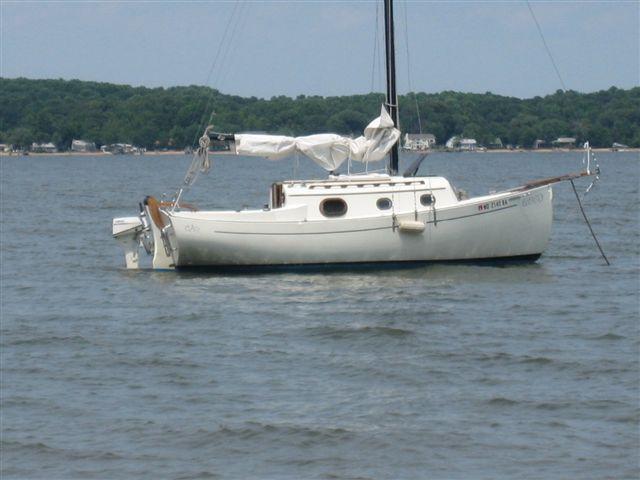 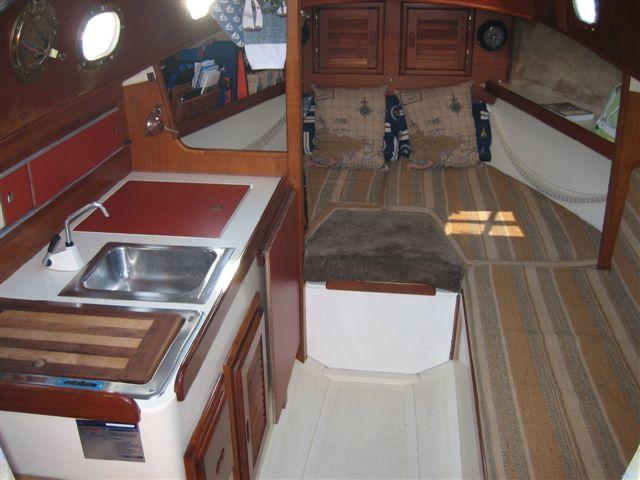