This Flicka features the classic Green Hull, which was first cast by Pacific Seacraft in 1978, as a Gaff Rig, and was shipped to Port Washington, Wisconsin by the original owner around 1980. Once there, Hull #006 began its extensive “Design and Custom Outfitting,” which took several years to complete. The boat was Christened, “Second Wind,” and launched in 1982!

This truly unique layout, was primarily intended for two people to cruise the Great lakes, in a style normally reserved for much larger/expensive yachts. Headroom is approximately 5’ 11 inch. The Flicka is one of the very few smaller long distant cruisers, that actually sail well in both light and heavy winds!

She has amazing load-carrying ability, capable of real passage making. Around 1990, the second owners had a Universal (Model 18) Two Cylinder Diesel Engine installed and the Rig changed to a Sloop.

The next owner wanted to buy this boat for approximately 20 years and was able to get it around 2014, but unfortunately was never able to sail it because of health reasons. We got lucky and bought the boat in 2016, with plans to travel with the boat, hence the new Triade Trailer.

We changed the Home Port to Cincinnati Ohio, but were only able to sail it for one year, I am 69 years old and can’t physically sail anymore. The boat has only been sailed in Fresh Water and in cooler climates, which has produced very SHORT SAILING SEASONS, around 3-4 months a year! This is why the boat is in such good overall shape for a boat of this age!

Accommodations: The Cabin “Layout” is one I have not seen on any other Flicka! Its Custom Teak Interior features a tremendous amount of storage space to include an Anchor Lockers up front, a Hanging Locker, which are then flanked by 4 other lockers suspended from above, all with Brass Hardware!

The V berth’s Settee is formed by two extra-long (81 inches) Hunter Green Cushions, which are wrapped by cabinets around and below them. The 20-gallon Fresh Water and the Black Water Tanks are housed in the Bow.

The Galley is on the Starboard side and features custom Glass Doors in the cabinetry, which features Flicka silhouettes, etched on the glass. Cooking is accomplished by a Gimballed Porpane “Sea Swing” type stove and a portable LPG stove. Ice Box keeps things cool.

The enclosed Marine Head is located to Port and currently has a Porta-Potti, because of limited Pump Out facilities where we sail. However, the Marine Head and all, the Pumping is still in the boat and can be reactivated easily!

The cooler climate, where the boat spent most of its life, is heated with the Force 10 LPG Heater. She is in very good condition, but needs some of the Teak refinished. The custom “Butterfly Hatch” and the Cockpit/Salon (Teak Grate) aren’t completed yet due to health reasons, that also have forced the sale of the boat and the reasonable price.

The Table is designed to be removed and used in either the Salon or Cockpit area. Engine: In-board, Universal Diesel, 2 cylinder, 14 HP, is a rarity in Flicka’s giving more power and a much quieter/smoother engine performance has compared to the normally installed one cylinder diesels or outboards often used! Approx. 520 hours! New Water Pump & LOF.

(Purchased 1987) All the North sails are in very good condition, and were install around 1990. The sails are trimmed in Hunter Green and have a new Main sail cover. The 150 % Genoa has a Harken Furler System. Jiffy Reefing.

The A Spinnaker provides great down wind performance and is easy to launch with the Snuffer/Sock system. Custom Mast Rising System!

The Flicka is one of the very few smaller long distant cruisers, that actually sail well in both light and heavy winds! She has amazing load-carrying ability, capable of real passage making.

The old bottom paint was stripped off in 2015 and several coats of Interlux Epoxy and then painted with an ablative paint. New Custom Cockpit Cushions.

Tow Vehicle: The optional 2006 GMC Yukon XL is available at an extra cost of $5000.00 and includes the Reese Equalizer Hitch. Vehicle has approx. 210,000 miles and is extremely clean, i.e.! The car is from Atlanta, therefore 100% no rust, shows like it has less than 80,000 miles. Drive the boat home in your new car and save the shipping cost and hassel! 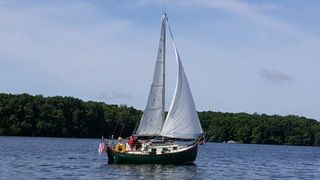 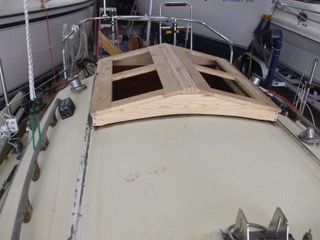 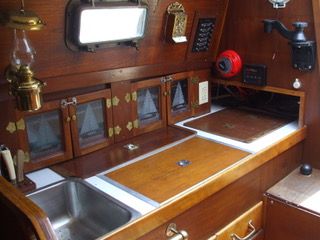 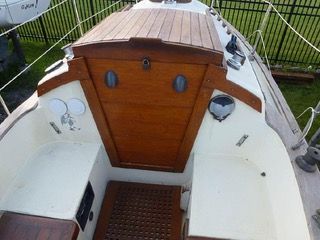 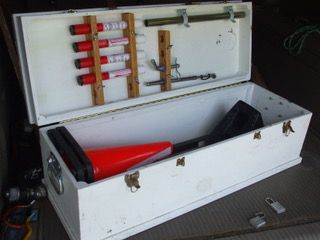 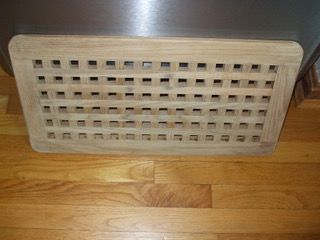 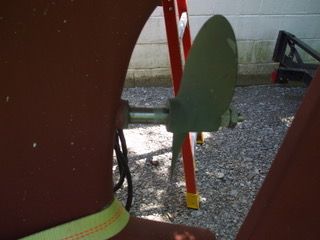 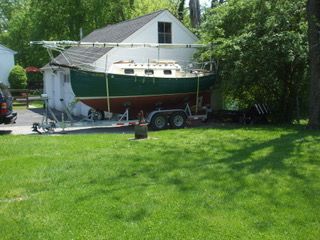 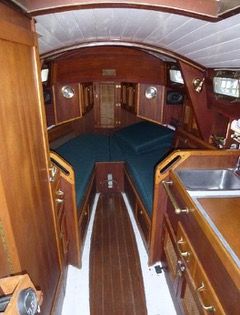 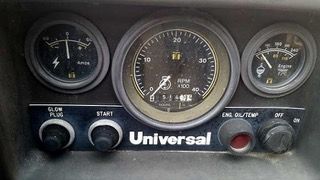 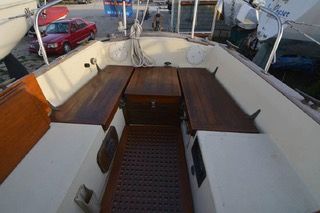