The "REACHFAR" is a black beauty with tan barque sails, cream colored decks and spars, and meticulously varnished teak. She has been sailed out of Rockport, Maine since my purchase in 1995 (I am the third owner). The previous owner sailed her out of Portland, Maine, and before that she sailed out of Boston, Mass. She has been lovingly cared for, receiving the following during my ownership: 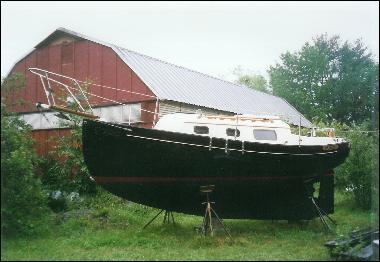 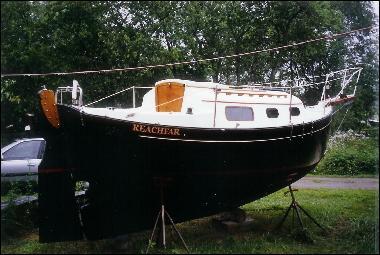 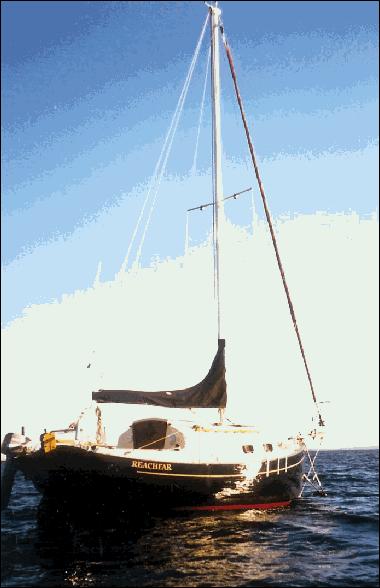 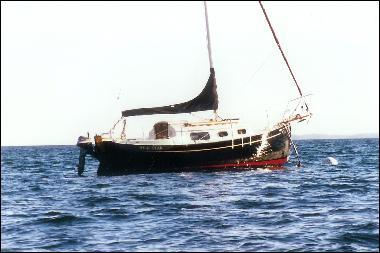