2/4/2014: Per her new owner, Jesse, this Flicka's current name is Meltemi, which he plans to change soon to something that he likes. Before Pikachu, she was Wookie, Sea Moon, and the original name was Magic. Meltemi does no longer have the boomkin that was set up for a windvane.

One of the most capable 'pocket cruisers' ever built, the Pacific Seacraft 'Flicka' has an impressive history of not only weekend and coastal cruising, but proper blue-water adventures as well! The combination of a solid and simple sailing rig and a full keel displacement hull based on classic lines ensures the Flicka is seaworthy far beyond what you might expect from a boat of this size. The Pacific Seacraft Flicka has had many accolades over the years, and has been consistently featured in the various editions of the Ferenc Mate 'Best Boats' books.

'Pikachu' is great example of this class of over 400 (this is hull # 169), and has been extensively refinished and upgraded by a knowledgeable blue water sailor with many sea-miles under his keel. Recent 2008 additions include new boomkin, restored interior wood, new cushions, new bronze portholes, mast painted, and Monitor Wind Vane added. Includes a beautiful triple axle trailer which makes transporting Pikachu a cinch. 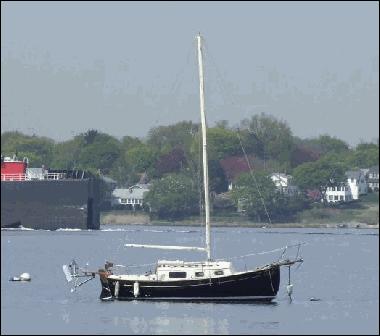 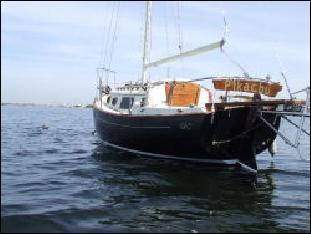 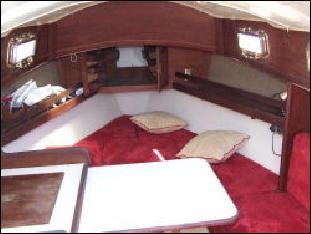